The Land Down Under

Well, it's been a month since I actually went to Australia and met my amazing guildies, but I am going to talk about it and it will be wonderful! Have you ever met your guildies in person? I realize that not all guilds, or people, really inspire that sort of longing, but I'm happy to say that Cadence is the kind of place where I want to hang with my guildies in meatspace, too.


I left on Saturday at 4PM, after bagels and coffee in Namba Parks. I arrived at Guangzhou, waited for 4 hours, then hopped on another plane to Melbourne. As an aside, do not fly China Southern Airlines! They didn't once replace the paper in the toilet on a nine hour flight. That, and not all of the flight attendants speak Japanese, and they look annoyed when you talk to them in English. Gaahhh! Just give me a glass of shui please. 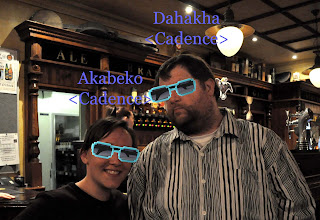 I arrived after lunch on Sunday and was picked up by my former guildies Dragons, Thysan, and her husband Pern. It was perfect, in that there was basically no awkwardness with meeting in person. They even made me a little welcome sign, although I missed it because I came out of another doorway! We drove back to their house and talked and relaxed. I was extremely jetlagged, so when they offered to show me some fun TV they had...acquired, I was really glad to take it easy. We watched Sherlock (I am a convert) and an episode of Eureka, and then ate meat pies and chips (not fries!).

The following day we met my RL Grae, his girlfriend Bel, and Dahakha. Yay!!! We got burgers (with chips - not fries) and I had about 30 seconds of “where are my potato chips” before I remembered IT IS A DIFFERENT THING. Then we went to the beach, but because the weather hates me it was bitterly cold and windy and we stood there for about 5 minutes before deciding to go inside and eat some ice cream.

From there, me, Dragons, and Dah had quite a drive to get over to the penguin parade! There is a small, adorable, huggable colony of Little Penguins living in Melbourne, and if you sit on the beach at sunset you can see them come home for the evening! The park has a building to sit and wait with not one but two gift shops and a restaurant. I got a Three Penguin Moon thermometer magnet (too funny to pass up) and ate fish (and chips! ...not fries). Then we bundled up and went to sit on towels in the sand and wait for it to get dark. A nice park ranger came out and talked to us about penguins and despite the fact that I hear Aussies and Kiwis talk all the time, I couldn't help but think “Teehee! Accent!” What is wrong with me? And as an aside, is there anyone in the world – native English speakers, that is – who actively likes, or fetishizes American English? 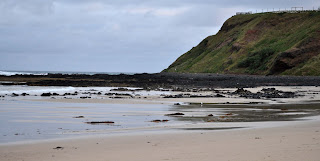 Anyway, once it got dark we started to see masses of penguins gather at the shoreline and make their way across the beach. Sometimes they get cold feet, and halfway to the grass turn around and scamper back into the water. We weren't allowed to take pictures because the flash scares them, which sucks because they were so cute! After the march across the beach, you can stand on the wooden path above the dunes and watch them toddle back into their huts. I think it's human nature to narrate the actions and thoughts of adorable animals, so we did that for a while.

I should add that on the way to the penguin parade we came across a real life chocolate factory and stopped there for great justice! All the things I bought there were either given away as gifts or eaten within days of returning home. It was delicious.

On Tuesday was the Melbourne Cup. My friends actually live fairly close to the grounds where it's held, but we got together at their house for eating and drinking. We met Thysan's boss and their mutual friend Shan. Dragons introduced him to me in what I think was the defining phrase of the week: “He's our people.” It was good. We ate cheese and crackers, delicious burgers and sausages grilled by Pern, and dove headfirst into sugar comas with pavlova, lammingtons, chocolate ripple cake, and jelly squares. Dragons and I split cider, which is fortunately an acceptable beer substitute. I just got weird looks when I said I liked to drink chu-hai... 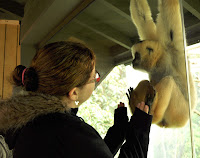 On Wednesday we went to the zoo by tram. We were joined by Katz and Dah, and spent the day harassing the poor creatures gathered for our viewing pleasure. Some of the animals I had already seen at the Tennoji Zoo, but there were others that even Japan didn't put on display! The insect display was the worst. Why are stick bugs so awful? So hideous? So terrifying??

Afterwards we met up with the greater group, including Spanky, at a pub and scarfed some stew-in-bread. I've had bread bowls at Panera before, but this was seriously a freaking loaf of bread filled to the brim with beef and sauce. I got about halfway through mine before declaring it a loss, but Pern not only finished his, but even ate the layer of mashed potatoes hidden under the bread! Hard mode stew-in-bread! People gradually peaced out as the night wore on, and in the end it was me, Dragons, Spanky, and Katz drinking in a booth. At some point the bartender came by and threw a free tshirt at us, which I got because it was a small shirt. Beer shirt! We stumbled back to Dragons' place, then watched The Castle. It's such a sweet movie! Spanky giggled through the whole thing in anticipation of his favorite jokes. He's a cute drunk :P 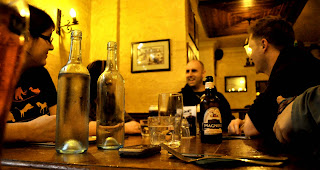 The next day was really nice, in that we woke up late and spent the day idly window shopping downtown. There are so many little shops and boutiques! It reminded me of Winter Park in FL. I was introduced to the completely perfect concept of a chocolate cafe, where you can go to get some hot chocolate, or maybe some chocolate on a plate, or other form of heavenly sustenance. We visited Dragons' local comic shop, and I got volume 3 of Gunnerkrigg Court! (If you aren't reading it, get your ass over there noooow) For dinner, we went to the Veggie Bar and I had a burrito. You guys. Burrito. It was incredible. 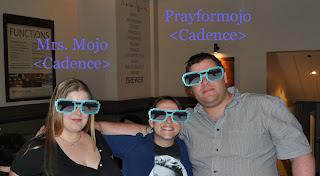 We were joined at dinner by Bek, her brother Mattid, and Mr. and Ms. Mojo. They aren't actually married, and Ms. Mojo doesn't play WoW, but the name sticks! Mojo is one of the regular raiders, so it was nice to finally put a friendly face to the voice. From dinner we went to the Mana Bar, a gamer-friendly bar. The walls were covered in flatscreens, each with a different Sonic game and the accompanying controller on a nearby table. The menu was all puns (I had a health pot!). Even the bathroom was covered in nerdy graffiti: “The cake is a lie!” “Thralls balls!” and the like. 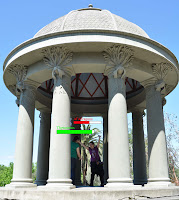 The following day, I hit up the Queen Victoria markets with Dragons, Thysan, and Katz. We had delightful jelly donuts for breakfast, then wandered the stalls looking for gaudy silver rings for Katz. After a delicious lunch of pizza (REAL PIZZA. YOU GUYS.) we parted ways with Katz and continued on to the Botanical Gardens. The first thing we saw was an arch straight out of Throne of the Four Winds. Dragons is the boss, Thysan is the tank. Several hundred flower pictures later, we met Katz again in Chinatown for dinner, then went to the Old Melbourne Gaol for a ghost tour!

It wasn't all that scary, but it was appropriately eerie and the history was very interesting. The tour guide was a really good spieler and had sharp comebacks for his audience participation. I was surprised to learn about the fine art of hanging (it involves equations – important if you don't want the head to pop right off) and creeped out by the death masks made after executions. 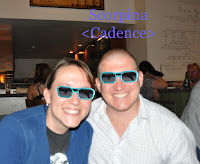 The last day started off right, with pancakes and bacon, courtesy of Pern. We were joined by Mojo and a very hungover Spanky. Then, we piled on the tram to go to the ~guild meetup~!!! We had a proper lunch in the restaurant side of the pub and were joined by Sas and EM. Sas I didn't know when he was raiding regularly, but he brought his kids and Dragons christened his infant son Arthas. Appropriate? You tell me. EM is our Kiwi RL. I had chicken parma (with chips!) and drank more cider. When we moved into the pub, we were joined by Cyo and finally Scorp, who showed up 30 minutes before I had to go to the airport! At least I got to talk to him for a little while. 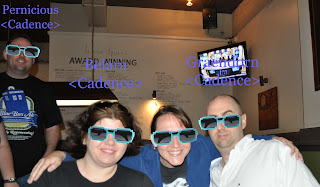 Dragons took me to the airport, and I was so sure I would cry! I managed to get my eyes satisfactorily dry by the time I hit the ticket counter. The guy did not believe I was returning home to Japan so I flashed my visa and all was well. Then I got frisked because I only had the one carry-on. Learn to travel light! On impulse, I got some gummis and chewies for my Aussie friends in Japan, and they loved it. It's weird to me, because I've always gravitated towards chocolate when it comes to candy, but they were so pleased! 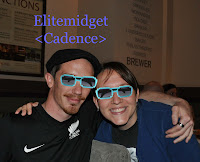 I know that there are still outdated ideas about what sort of people are playing video games, but it's stories like this that will hopefully help to change that stereotype. My guildies are my friends, and they are just as balanced as I am. I think I got really lucky to find this guild, and I'll be so sad to leave it when I go back to the US. Being able to visit them, and see a part of Australia at the same time, was the best possible outcome. Even my mom was totally cool when I told her I was going to visit my friends from WoW!

I didn't just feel comfortable being with my friends, either. I've become so used to being stared at when I go out that it was honestly surprising to not have that happen. There were times where I felt almost stealthy, walking around in plain sight without anyone realizing I was there! Contrastingly, I was reminded of just how small I am. In Japan I fit in height-wise, and am typically wider and rounder than other people, but in Australia I was positively petite! Grae even picked me up (for which he will never be forgiven =_=).

So I'm home again, 300 pictures, 600gig of TV, and innumerable good experiences later. Have you ever met your WoW friends in meatspace?
Posted by redcow at 6:00:00 PM