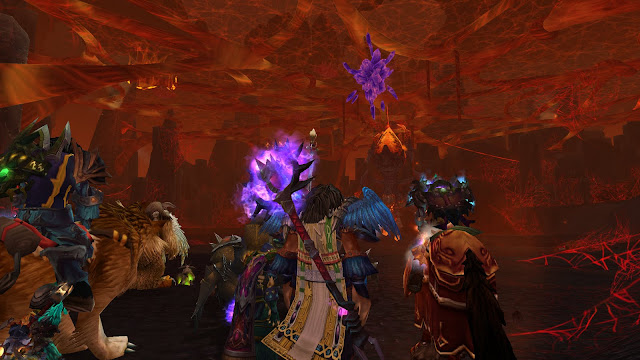 So, I was gonna make another list similar to my T11 gear list, but I figured it would be easier to just link you to some of the more useful 4.2 preparation posts I've come across and instead dedicate a post to talking about what I've been doing in game.

First, check out these things:
Jasyla at Cannot Be Tamed has an incredible list of resto gear. She's even gone so far as to organize it not only by item slot, but by boss and profession.
Beru at Falling Leaves & Wings has new Power Auras to track your Harmony mastery buff.
Keeva at Tree Bark Jacket gets you set on the new Hyjal dailies. 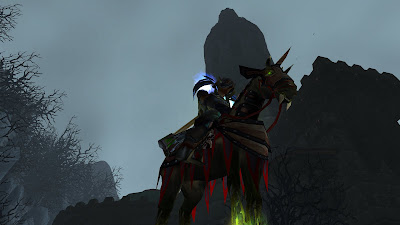 This week I had a stroke of amazing luck, which I shall consider to be an early birthday present! After farming Attumen half-heartedly for several months, I punched a pony in the face and was rewarded with...a pony! I call him Petals. 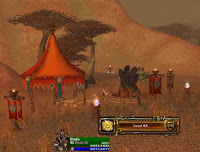 I've been pretty intent on my Fire Festival dailies, so I didn't get around to the new Hyjal dailies until this weekend. I hit up all of the fires on Aka, netting a disgusting amount of gold, and got my paladin to 85 with the fire experience gains. Some other alts I have tried to take through as many fires as I can get to with a ground mount, but with the festival winding down it will be dictated by how much time I have between other obligations.

The new quests are pretty neat, although I found it a little strange that after saving Thrall from being torn to metaphysical pieces, we watched him get hitched to Aggra rather than finish the ritual deemed important enough to interrupt and...tear Thrall to metaphysical pieces. Oh well. Then I had to watch my Archdruid Hamuul get put through the ringer while Matoclaw is all "Whatever! The mission is compromised!" At least my new Horde balloon can cheer me up.

We did an alt raid of BWD for shits and giggles on Friday night, and I finally got my bracers upgrade and the accompanying gear achievement. Since then I've stepped into Firelands twice and put in some attempts on Beth'tilac. The trash leading up to her was giving us a fair amount of recipes (although I heard they hotfixed that?) which was exciting. The boss fight itself is really enjoyable; I was picked to follow the tank up onto the web, and it adds a really interesting dynamic that makes me feel like I'm doing hugely epic stuff. We will be fighting, get our web strands in hand, go up in succession, and then beat the boss around until it's time to drop back down. We leap through a hole in the web, using the sticky strands to break our falls, and when we hit the ground there's some time to throw out group heals before the next round starts. "Sorry baby, my ride is here," /climbs up web

Our best attempt so far has been 40%, so I'm hoping we can get this kill quickly. However, it has occurred to some that we might benefit from filling those last pesky blue gear slots by hitting up old raids again. I'm not complaining; I still want to see Nef and Al'Akir dead, and I still want a new helm! Happy 4th of July!