What`s going on in the quests themselves? They are really just divine. Without getting too much into specific storylines, I`ll start by saying that stories exist. In each zone, you`ll find a dominant theme or story that shows up in 80% of the quests and drives the progression of the zone. There are a great many improvements to the quests themselves as well. Before, you might have had a laundry list of mobs to kill - a precise amount of each type. Now, many quests (not all, but many) do away with that and simply ask for a certain number of any type of the target mob. This cuts down on a lot of riding circles around a camp waiting for "Twilight Cultist Shaman" or whatever to respawn. 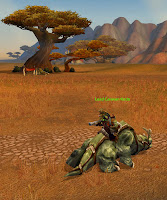 Furthermore, it isn`t so much about killing tons of various mobs, or at least not about just killing tons of various mobs. There`s collecting items, exploring areas, using an item on a mob or...other item, rescuing NPCs, and a whole host of cleverly-designed vehicle quests. Speaking of vehicles, a lot of quests either prompt travel (as part of a breadcrumb) or provide it in order to make the experience less of an ordeal. A whole host of breadcrumbs leading you to the next hub or zone now require talking with an NPC to secure travel to said area. Other quests within a hub or zone now come with a complimentary worg, wyvern, or straight up portal to get you where you need to be. It feels natural, not contrived, and makes even and 80 with epic flying breathe a sigh of relief. To make the killing of things more interesting, you often get an item or vehicle that changes the mechanics of the fight - instead of needing a group to kill an elite mob with your normal spells, why not become an elite mob yourself with a new toolbar just for the fight? 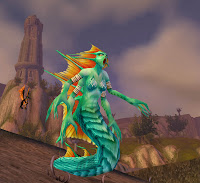 Remote quests pickup and turn-in is also an amazing advancement. Not only can you discover quests in the field, either by killing a mob with a red exclamation mark or simply wandering into the right area, but you can now complete and accept follow-ups just by clicking your quest tracker. For those of us who remember doing long chains in the same area and having to run in and out, this is a huge improvement. Similarly, I've noticed that lots of quests that require you to get into a heavily guarded area often have some sort of reason why you can avoid fighting the mobs, or give help if you will be making lots of multiple pulls. It seems like they really thought about what annoyed players (killing trash to get to the boss, then having the trash resepawn and having to fight your way back out) and tried to improve that. 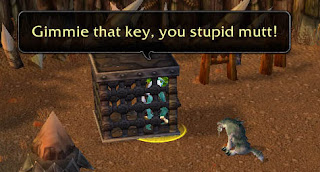 Lastly, WoW humor has always been quirky, but I think it`s starting to show up in more places. Obviously, pop culture references are always a source of lulz (provided you get the joke), but I find sarcastic, morbid, or just plain strange humor in a lot more quests or NPC interactions now. That isn`t to say that it`s all hilarious - when it comes to serious business, the quests can set the mood no problem.

The one thing that I`ve noticed (Horde-side, at least), is that there are a lot more extremely - for lack of a better word - douchey quests. I mean, I did Loremaster before. I did forsaken quests that I found rather distasteful, for which I reduced the quest to it`s game mechanics and nothing more, for which I left them purposefully out of any "history" for Aka because they were terrible and she would never willingly do them. I may have frowned a little, but I still did them for Loremaster. Now, however, I`m finding these quests - even whole chains or zones - cropping up all over the freaking place! I`ve done a handful of zones in EK and nearly finished Kalimdor, and already have 6 zones where some or all of the quests were so contrary to both Aka`s morals and in fact the accepted lore of both tauren AND druids that I was pretty annoyed. How long have we spent telling people that Horde isn`t The Bad Guy? 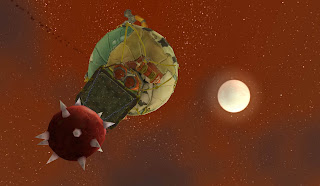 [spoilers] And now we categorically shit all over Ashenvale and Stonetalon by killing, in particular, druids (o hi) and trees, destroy Hillsbrad, tyrannically force out more forsaken, and let freaking Magatha, the murderer of Cairne, get away!! Questgivers in Stonetalon are asking me to attack druids - I`m a druid, pinhead! In Azshara I was charged to chop down a ton of trees and then kill a tree spirit, who ironically uses my class name when decrying the slaughter. Sorry, buddy.[/spoilers]

It seems like the kinder, gentler Horde has been essentially forgotten or ignored. A comment on W_L mentioned that it`s hard to find places to quest in-character for a ~30 Hordie, simply because all the level appropriate zones feature the most categorically evil of Horde actions. Are carebears supposed to faction change to Alliance? Have the factions really become black and white?